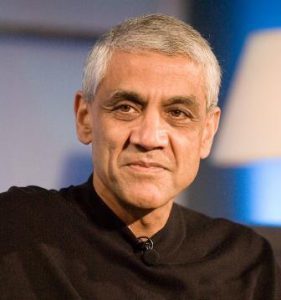 We have noticed that there is a really strong network effect when you adopt the strategy of only hiring really great people. What’s your take on this?

An incredible network effect that’s seldom recognized. I’ll give you an example. I was talking about this particular company, the first four people they've hired, and we are talking about a really great person. I said, I’m not going to send him to them, because I look dumb in front of him, because I sent him to these tactical people. You wouldn't want to be interviewed by those people.

With that strong network effect, how do you bootstrap?

Initial hiring is way more important than you think because of its multiplicative effect. So it's worth taking a little longer when you hire those people. You may pay them more in equity. That might be fair.. When we hired Andy Bechtolsheim and Bill oy, they were magnets for all sorts of people.

What's your feelings about remote and distributed teams?

Remote teams are hard to manage, but I don't invest because people have distributed teams or remote teams. You have to be doubly committed to keep a uniform culture. What makes it really hard is if the remote team is all junior people. So if the leaders in the remote team don't have credibility in the main team, then you're going to have a very hard time making it work, or keep the best people in the remote team, because they won't be motivated, because they don't feel part of it.

What are some of the irrational behaviors of investors, and how do you decide if you're missing out?

Investors really aren’t rational. When you say, if you're missing out, that's an emotion, not rational. I always say, keep in mind, investors only have two emotions; fear and greed. You know it.  So confidence in the team that matters more than anything else in getting your money. A very important question I’ll ask is for the next three people or the three most important people you're hiring in the next year. It’s not who they’re hiring, it’s how they're thinking about what they need. What that will mean for years two, three and four in terms of the teams, is for me, a way more important question than your financial forecast. But you have to keep in mind that most investors are emotional. When they're taking longer and longer and ask you more due diligence questions, the due diligence doesn't matter, they’re just fearful. So you got to say, how do I get the confidence up, it's not just answering their questions, which you’ll have to do.

Typically, how long do you think it takes for most people before they feel like they know whether they're in or out?

There really isn't an answer for that. It's the dynamic you create. For really great teams, you really decide within hours whether you're going to invest or not. The due diligence is largely irrelevant. If it’s really uncertain areas, there are many things. If Twitter was starting up today, how do you do diligence? How do you know what’s the market? You just say, what confidence do I have in this person, and how rich is this opportunity space. Those are the only questions you can answer. You're not going to research the answers, use your best judgment.

Others actually take serious diligence. At the seed stage, most things don't take a lot of diligence. So it's mostly in between, for most good investors. The people who are not that great as investors actually think they can diligence and don't know what's diligence and what's not. On your side, when you're writing, you're doing your spreadsheets, you know you're making shit. You know the answer and you just put the assumptions to be answered. Great thing about spreadsheets is you can hide all your assumptions.

What do you think about solo founders versus co-founders?

I’ll give you a very real example. When my son did his startup, I had him keep a 60% pool. Nobody heard about it. But then he called the VP of engineering of Quora, and said, do you want to be my co-founder?  He said, no. To give you a sense, he was a fresh graduate out of Stanford. But you’d never get somebody like that, as a co-founder, but because if he had this school, he was able to attract somebody and that guy Shavia, is a great guy. He was head of machine learning for Netflix, and then became VP of engineering of Quora. The first three people he hired were three really valuable people in AI, they were old men making seven-digit salaries, and left to join a startup at 150K or whatever the salary was. Why? Because they got enough confidence. My son was able to give them 3-4%.

So now they have. So they’re just battling for somebody, somebody who is a great machine learning guy from Apple. His other offers are like seven-digit offers. He was one of the co-authors on the GAN paper with Ian Goodfellow. The guy called him and said, I looked at your team and I want to talk to you. Now, the other people all are offering really high salaries, so I don't know whether he went with them. But you got a chance because people looked at who you have, and the best people want to join. You have to work harder to get it going, but that's how I would answer the co-founder question. By the way, even at Sun, Bill Joy didn't join initially. Six months later, we just called him a co-founder. Hey, you’re going to be an attractive enough magnet, let's just call you co-founder. It doesn't matter.