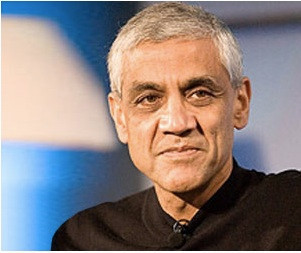 It's been about a decade since the last big macro-economic crash. As startups, we’re incredibly sensitive to this, because budgets for especially enterprise sales can just disappear overnight. We need to be ready to batten down the hatches. How much time do you think we've gotten until the next big one? If you care to speculate, what will it be?

I would say, I’m smart enough to know I don't know. Here's the way I would put it practically; so I always try and translate it from an entrepreneurial point of view. You can ask people for opinions, but they're largely irrelevant because they're largely random. So here's what you do. There's a great paper written by Professor at the Insead Business School in France, about what makes a great entrepreneur. This guy interviewed 400 successful entrepreneurs and tried to capture how they make decisions.

The most consistent characteristic was entrepreneurs who are factual. They didn’t try and say, how do I get to the top of Mount Everest? They said, I am here, how can I collect more resources to get that to the next step? How can I collect more resources, depends on the markets. Are markets really high? Whatever the environment, you face all of those over the course of time. See what are the resources worth grabbing, and think not in terms of trying to predict the market because you can’t, but in how do you manage risk. The best way to manage risk is to minimize it, but it's not always the smartest strategy because if you have product market fit, you want to hit the gas.

We're taking notes, so we really deeply appreciate technology, and every venture firm recognizes it. If something's too hard to understand, they call us. Frankly, it doesn't have to do with making more or less money. I don't want to work on non-tech stuff, plain and simple. That's why we get into hard technical questions. It’s not really relevant to how much money we make, but it's more fun. Scalability will depend on that. We won't invest in a company where the goal is to get acquired. It’s just not something we do. Even though your IRRs can be much higher, because you can build to a point, then sell to Google or Facebook or Cisco or Salesforce or pick your favorite, and do it over and over again. Some companies delight in that. We don’t. It is generally a better way to make IRR for an investor. But, you got to do what you enjoy. That's not very common in venture firms, because they really have fiduciary responsibility to get the highest IRR. We also tend to be more patient, but because our view is we’d rather get a lower IRR over a longer period of time than a higher IRR, than over a shorter period of time. In fact the highest IRR’s coming in day trading, where you invest for a day. But that's not our state. Some people are very good at it. We are terrible at it.

You guys are an evergreen firm, right?

We're not an evergreen firm, but we behave like an evergreen firm. So there are lots of different investors, and I would say, your job is first to get funding because without funding, you don't survive. But beyond funding, if you have options, pick somebody who's compatible with your own personal goals. None of these goals I defined are right or wrong. They just match the investors of your personality. It's perfectly okay to say, I want the most money.

People say to me, Hey, I just want the first $10 million in my bank account. So I’ll build this to a point and get it sold to Google and now, I’m happy. That's why you’re just not compatible with us, but it's a perfectly laudable goal. Some people say, Well, I want to do this first time around and put $10 million in my bank account, then I can take a long term risk, and that's fine too. So it's not like any of these are right or wrong, but be clear that these things exist.